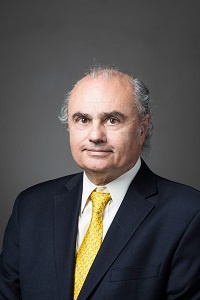 Professor and Director of Graduate Programs, Mechanical Engineering, College of Engineering and Computing

Robert Handler received a Ph.D. in mechanics from the University of Minnesota (1980). Most recently he was a Professor of Mechanical Engineering at Texas A&M University. Previous to this he was a Research Mechanical Engineer at the U.S. Naval Research Laboratory (NRL) in Washington, DC, where he was head of the Fluid Dynamics Section in the Remote Sensing Division.

Throughout his career Dr. Handler has been actively involved in the study of turbulent fluid flows. His main achievement in this area was to uncover the fundamental structure of turbulent flows near the surfaces of ships or jet aircraft. The puzzling phenomenon of drag reduction associated with the injection of small amounts of polymer into turbulent flows of liquids has been a major focus of his work. He and his collaborators were the first to simulate this phenomenon using advanced computational methods. This knowledge might be used in the future to design optimal drag reducing agents, resulting in significant energy savings.

In general, Dr. Handler gets his greatest pleasure by trying to understand phenomena which are currently poorly understood and counterintuitive. Along these lines, he has recently received an NSF grant to study the very puzzling phenomenon of fluid turbulence appearing in low speed flows caused by fluid elasticity. He also gets great enjoyment from teaching undergraduates about the strange behavior exhibited by fluids in motion.